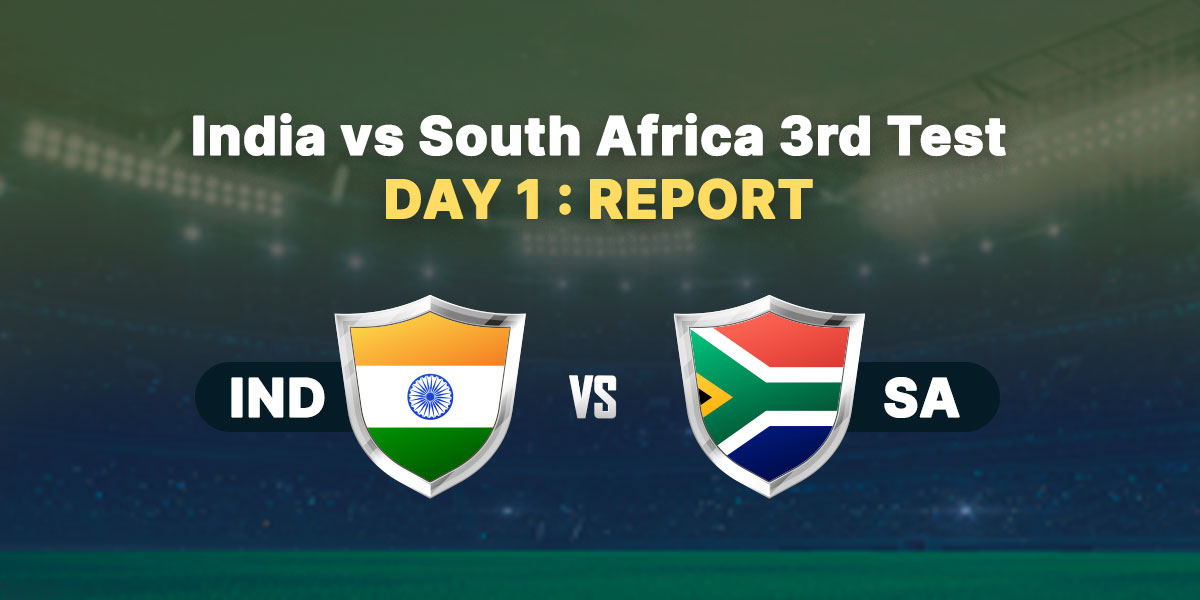 It is said that for a team to win a Test match, they must carry a bowling attack which can take 20 wickets irrespective of pitches and conditions. But as many times this rule has been reiterated in Indian cricket circles, somewhere, the idea of having a performing and in-form batting unit seems lost — especially when the captain and his team think tank is adamant on playing five specialist bowlers.

And matters only get worse when more than half of the batsmen named in the XI are perennially struggling for runs despite unprecedented backing and support from the group.

That this Indian team must introspect once again about the batting  firepower that they have carried in recent times became imperative once again, on Tuesday, when they were bowled out for just 223 after electing to bat, having won the toss in Newlands at Cape Town.

India captain Virat Kohli had a day with the bat to remember — he defied everything that the Kagiso Rabada-led South African bowling attack had to throw at him. Kohli produced an innings of highest quality — even though he missed notching up his 71st international century for which he has waited for more than two years now.

The India captain stood tall amid the rabble that turned up once again in the form of the batting line-up of the so-called world No 1 side. But Kohli produced a masterclass of batting, induced with tremendous discipline, application and control to notch up a fine 79, for which he consumed as many as 201 deliveries and 12 boundaries and a six in the process.

Kohli’s half-century on the first day of the third and final Test, which is a series-decider, could push India only as far as 223 in the first innings — a total well enough in the reach of South Africa.

It must be remembered that the sixth-ranked team in the world which is also going through a transitional phase, South Africa were able to trounce India by 7 wickets at Johannesburg in the second Test also because they bowled out the visitors for moderate totals of 202 and 266 in the two innings.

After the opening pair of Mayank Agarwal (15) and KL Rahul (12) was back in the hut with not even 50 runs on the board, the Indian middle-order consisting three batsmen who have fallen short of expectations more often than not in the last three years or so — Kohli, Cheteshwar Pujara, and Ajinkya Rahane — were left with a monumental task of reviving their innings and putting up a strong total on the board.

For someone whose intent on scoring runs has always been in question, Pujara raced to 43 from 77 balls with the help of seven boundaries but he once again failed to convert a start into a significant knock.

And South Africa lead fast bowler Rabada was breathing fire on Tuesday, having charged up after a dressing room talk with his captain Dean Elgar. Rabada wasted no time in seeing the back of the former India vice-captain Ajinkya Rahane, who was squared up brilliantly by the ferocious fast bowler for only 9.

India were left reeling at 116/4 at one stage, from which they recovered to some extent going following a fine 51-run stand for the fifth wicket between Kohli and Rishabh Pant. The aggressive India wicketkeeper-batsman Pant curbed his attacking instincts to produce a knock which displayed his qualities of being patient at the wicket and judicious in shot selection. However, all that had no lasting impact when Pant once again went for a glory shot, falling after making 27 from 50 balls with the help of 4 boundaries.

India were bowled out 223 from a position of 167/5 at one stage. None of the tailend batsmen could produce any form of resistance, even though their captain Kohli hung around till late in the innings.

Kohli looked all set to score his first Test hundred since November 2019, but Rabada was too good on Tuesday as he denied the Indian captain the chance to raise his arms and celebrate his feat.

Rabada bowled as well as he has done on any other good day in Test cricket. The right-arm South Africa bowler got the ball to bounce sharply of the surface, had tremendous control over the movement, made the ball move sharply away from the right-handers and more importantly, managed to terrorise the Indian batsmen but not Kohli.

Kohli had chased two deliveries outside off in the first Test at Centurion which led to his cheap dismissals and also sparked the debate of him being past his prime once again. But the Indian captain produced an innings which will be talked about for a long time — one that can also be considered as his 71st Test hundred. Yes, it was that good.

Kohli was not only disciplined and applied himself to the hilt to weather all the storm at Cape Town, and yet his majestic cover drive also returned in its full flow. The right-handed batsman dropped the anchor for the majority of Indians innings to keep them afloat, even though South African bowlers kept chipping away.

In his brutal spell of fast bowling, Rabada accounted for the likes of Mayank, Kohli, Rahane and Jasprit Bumrah (0). Rabada was well supported by the lanky left-arm seam bowler Marco Jansen, who returned with impressive numbers of 18-6-55-3. Jansen dismissed Pant, Ravichandran Ashwin (2) after he had removed Pujara from the equation in the second session.

India were bowled out for just 223 and 77.3 overs which meant South Africa had to bat out a few nervous minutes towards the end of the day.

If at all India felt under pressure having put up a moderate total on board, the visitors would have heaved a sigh of relief when their star fast bowler Bumrah managed to remove Elgar for 3, getting him caught by Pujara at the first slip.