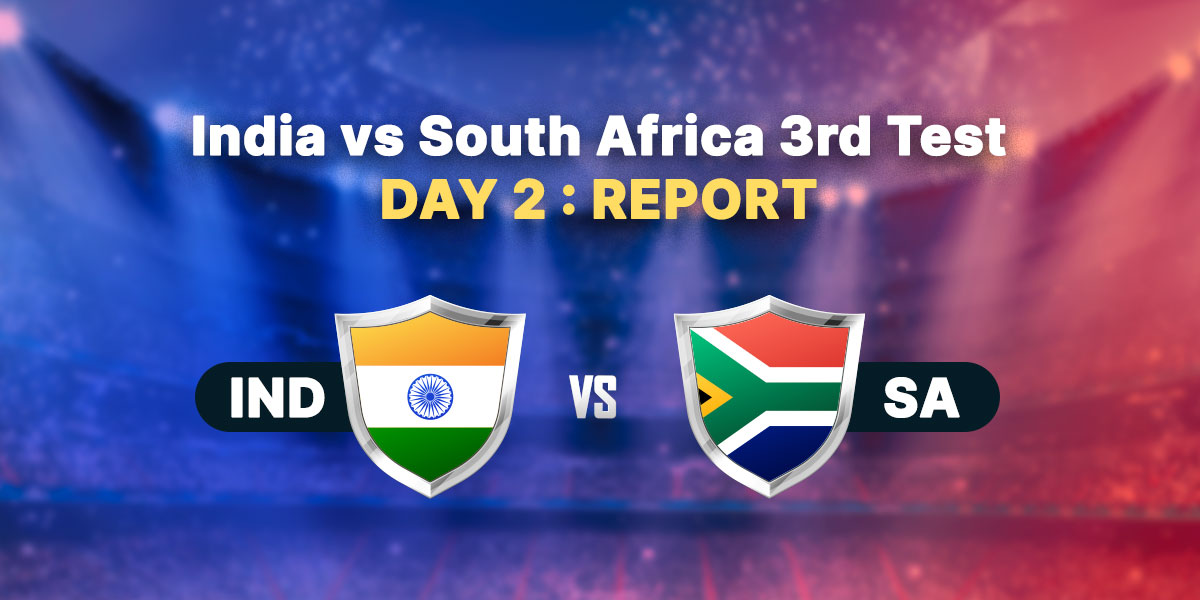 With a lead of just 70 runs in the second innings and 8 wickets in hand, the Indian batsmen, particularly their middle-order, will have to come good on the third day of the third and final Test match being played against South Africa at Newlands in Cape Town since the Freedom Series 2021-22 is on the line.

After all, it has boiled down to how both India and South Africa go about their business in the final two innings of the last Test match — something which was not expected when the series began between the world’s top-ranked team and the one which is in transition and is currently placed sixth.

Indeed, South Africa have given India a run for their money while keeping the series open heading into the third day, which could well be the decisive day of the series. After India began the series with a huge 113-run victory at Centurion, South Africa levelled matters in the second Test at Johannesburg, promising India by a huge margin of 7 wickets inside four days.

But in the final Test being played at Cape Town — a venue where India have not won a single Test yet out of the five played so far — fortunes have swung from one team to another. At stumps on the second day with the third innings out of the four of this Test already underway, it was India who were ahead by 70 runs having taken a slender 13-run lead in the first innings courtesy a brilliant five-wicket haul from Jasprit Bumrah.

The star India fast bowler return to the venue where he made his Test debut for years ago during the tour of South Africa in 2018 and celebrated the occasion with a brilliant spell of fast bowling which got him his seventh five-wicket haul in the longest format. Bumrah bowled with a lot of heart and skill to keep chipping away with wickets, in the end, giving India a small moral advantage in form of a small lead in the first innings.

It all began with Aiden Markram getting an edge which dropped short of the fielder at gully on the first ball of the day, following which the South African opener shouldered his arms on a delivery that nipped back in to knock his off stump down. Bumrah had made his intentions clear on the first couple of deliveries of the day but India were still made to work hard for their wickets.

South Africa nightwatchman Keshav Maharaj struck 4 boundaries to make 25 from 45 balls, Rassie van der Dussen made 21 from 54 balls and then Temba Bavuma fell for a 52-ball 28. Each of these three batsmen got off to starts but failed to convert them into a big score. But South Africa still had a lot to smile and celebrate about, with their middle order batsman Keegan Petersen scored his second half-century of the series and career.

Petersen faced 166 deliveries to make 72 with the help of 9 boundaries as his innings — just like Virat Kohli is 79 in India's first essay — was the lone bright spot for South Africa with the bat on Wednesday. The home side was bowled out for a mere 210 in their first innings, falling short by 13 runs to match India's total at Newlands.

However, having eaten into India's aspiration of acquiring a big first-innings lead, South Africa came back hard at the Indian batsmen when the visitors strode out for their second innings. The left-arm fast bowler Marco Jansen had KL Rahul caught at second slip for 10 from 22 balls whereas Kagiso Rabada, who had bowled impressively in the first innings, opened his account in the second by having Mayank Agarwal caught at first slip for 7.

India were left reeling at 24/2 and their out-of-sorts middle order was exposed after the early twin blows. However, Cheteshwar Pujara did well to drop down as anchor to reach 9 not out from 31 balls with 2 boundaries in the company of his captain Kohli, who was a little more positive in his approach.

Kohli reached 14 not out from 39 balls with a couple of boundaries and as India ended the day's play reaching 57/2, with their overall lead of 70 runs providing them the bragging rights at stumps on the second day.