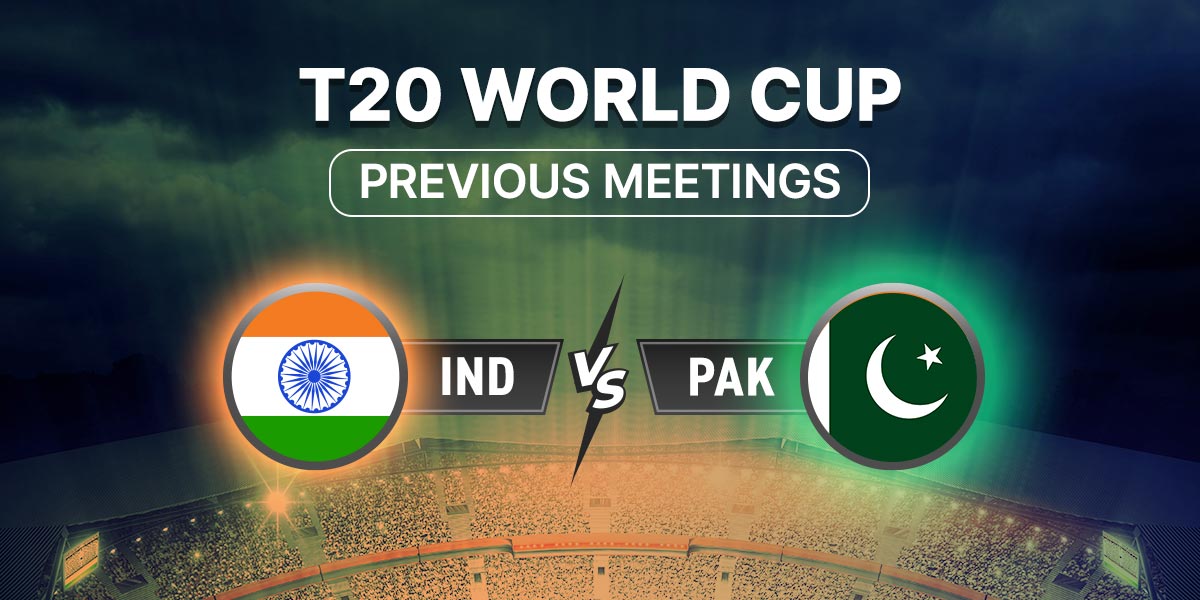 On Sunday, cricket fans across the globe will turn their attention to Dubai International Stadium. Arch-rivals India and Pakistan will lock horns in what promises to be an exciting 2021 T20 World Cup Super 12 fixture. Virat Kohli-led India and Babar Azam’s Pakistan haven’t played a T20I against each other since the 2016 T20 World Cup. Both teams last met in the international arena in the 2019 World Cup in England.

From the bowl-out in Durban to Kohli’s match-winning 55* at Eden Gardens, we recap all five meetings between India and Pakistan in the T20 World Cup.

India, who had to share points in their tournament opener against Scotland, were up against Pakistan in the final game of Group D. Mohammad Asif left India reeling at 36/4 after Pakistan chose to bowl first. The tall pacer grabbed all four wickets that fell in the first seven overs. However, Robin Uthappa’s half-century and valuable contributions from MS Dhoni and Irfan Pathan took India to 141.

Pakistan lost four wickets before the halfway mark in the run chase. Shoaib Malik and Misbah-ul-Haq led the recovery. But two quick wickets pegged them back, leaving 29 to win from 12 balls. Misbah and Yasir Arafat kept Pakistan’s hopes alive after scoring 17 off Ajit Agarkar’s penultimate over. S Sreesanth conceded two fours in his first four balls. Pakistan needed just one run off two balls. He produced a dot ball next and ran out Misbah in the final ball.

The match went to a bowl-out. Virender Sehwag, Harbhajan, and Uthappa hit the stumps, while none of the Pakistan players – Arafat, Umar Gul, and Afridi – disturbed the stumps. India clinched the bowl-out 3-0 and registered their first win in the tournament.

“In the air, Sreesanth takes it,” screamed Ravi Shastri from the commentary box at the Wanderers Stadium on September 24, 2007. Sreesanth’s catch helped India beat Pakistan by five runs and win the inaugural edition of the T20 World Cup. Meanwhile, Misbah was in despair. The Pakistani batter took his side to the brink of the title from a hopeless position. Chasing 158, Pakistan put themselves in deep trouble with 104-7 after 16 overs.

Misbah and Sohail Tanvir clobbered five sixes off Harbhajan and Sreesanth. Joginder Sharma conceded a six off the second ball of the final over. Needing six from four balls, Misbah, who played a scoop shot, holed out to Sreesanth at short fine-leg. The men in blue ended a 24-year wait for a world title. Irfan grabbed the player of the match award for his 3/16, while Gautam Gambhir struck a 54-ball 75 and Rohit Sharma made a quickfire 30*.

India cruised to an eight-wicket win over Pakistan in the Group 2 of the Super Eights in the 2012 T20 World Cup. The men in blue folded Pakistan for 128 thanks to Lakshmipathy Balaji’s three-wicket haul and two wickets each from Ravichandran Ashwin and Yuvraj Singh. Apart from 20-plus scores by Shoaib and Umar Akmal, none of the other Pakistan batters managed to trouble the Indian bowlers.

Despite losing Gambhir in the second ball, India eased to a victory with three overs remaining. Kohli, who had claimed Mohammad Hafeez’s wicket, aced the chase for India with an unbeaten 78. He struck eight fours and hit sixes off Afridi and Saeed Ajmal. The then 24-year-old stitched together half-century partnerships with Virender Sehwag and Yuvraj.

Pakistan’s miserable run against India in T20Is continued after suffering a seven-wicket defeat in the opening match of the 2014 T20 World Cup Super 10. The 2009 champions could muster only 130 in their 20 overs. Umar top-scored with 33, and Sohaib Maqsood made a brisk 21 in the death overs. India’s spinners had an excellent outing as Amit Mishra sent Ahmed Shehzad and Shoaib back to the pavilion. Meanwhile, Ravindra Jadeja and Ashwin were economical.

Openers Shikhar Dhawan and Rohit Sharma made a solid start. They brought up India’s 50 runs in the eighth over. But Pakistan fought back with three wickets in quick succession. Kohli and Suresh Raina ended Pakistan’s hopes with a match-winning unbeaten 66-run stand for the fourth wicket. It was India’s fourth straight win over Pakistan in the T20 World Cup.

Kohli’s half-century helped India register a thumping seven-wicket over Pakistan in a rain-reduced 2016 T20 World Cup Super 10 clash at Eden Gardens. Put in to bat first, Pakistan batters failed to up the scoring rate. They had to settle for 118/5 in 18 overs. Shehzad, Umar, and Shoaib couldn’t convert their starts into big scores. The spinners – Ashwin, Jadeja, and Raina – conceded just 36 runs and picked up two wickets in eight overs.

Mohammad Sami and Mohammad Amir wrecked India’s run chase by removing Rohit, Dhawan, and Raina in the powerplay. But Kohli and Yuvraj steadied the ship by adding 61 off just 44 balls. Though Wahab Riaz broke the partnership in the 12th over, Kohli, who remained unbeaten on 55, and Dhoni saw India home with 13 balls remaining in the match.