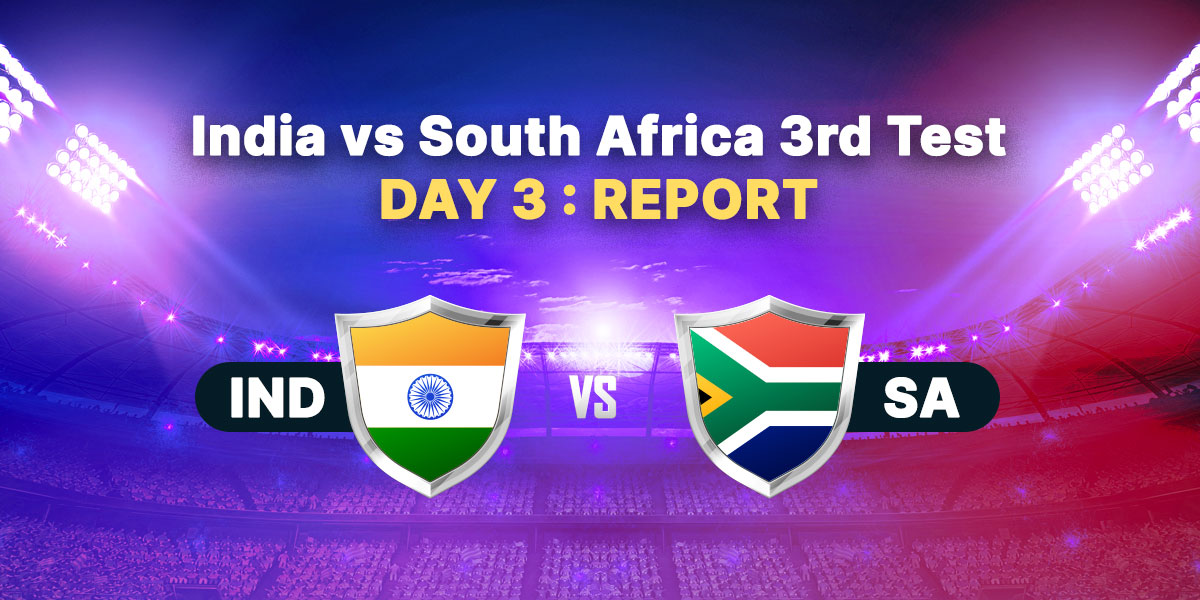 Even better, or worse — whichever suits your liking — the much wanted and vice-captain for the tour, KL Rahul accused the whole of South Africa to be conspiring against the 11 Indian players in the Cape Town Test. And of all players, Mayank Agarwal also had a few words to say.

All this came after Indian players were left riled up along with umpire Marais Erasmus whose words ‘this is impossible’ were also picked up at non-striker’s end stump mic, when Hawkeye showed that a delivery from Ashwin, which had hit South Africa captain Dean Elgar on his pads and was given out on the field leg-before, was actually traveling about the stumps.

This happened in the 21st over of South Africa’s chase. By then, the home team batsmen had already wiped off more than 60 runs from the paltry target of 212 set by India. Elgar had once again started to feel like a thorn in India's flesh, Keegan Petersen had displayed his array of spectacular strokes and South Africa set themselves up nicely for a series victory against the world No 1 side.

Indeed, the drama which unfolded at Cape Town late on third day on Thursday was the first it's kind when players, during a match, started accusing the TV production crew of favouritism with Kohli even suggesting that they better also show how South African bowlers shine the ball — indirectly hinting at the incident involving a bunch of Australian cricketers in March 2018 which went on to be famously known as the Sandpaper gate scandal.

India were certainly left furious after the successful DRS appeal made by South Africa captain Elgar when to the naked eye the Protea captain looked out. But at the end of the play on the third day, the visiting side certainly had the last laugh when Jasprit Bumrah had Elgar caught behind by Rishabh Pant on a filthy delivery down the leg side, but this time DRS proving to be a boon not a bane for the players’ mental health.

Elgar added 78 runs with Petersen to take South Africa to a strong position of 101/2 inches of 212. If South Africa are able to score the remaining 111 runs with 8 wickets in hand on the fourth day of the Cape Town Test, they will be the winners of the series against the world No 1 team India, who have not missed any opportunity to declare that they are looking nothing less than a series win on this tour.

That South Africa are in the driver’s seat and very likely to emerge victorious was largely because their fast bowlers continued to make life miserable for the Indian batsmen. The day began with India losing their middle-order mainstay Cheteshwar Pujara and Ajinkya Rahane for a grand total of 10 runs with the former scoring 9 of them.

Pujara could not fend off a delivery and at his chest in the line of the leg stump as he ended up hitting between the wicketkeeper and leg slip. Petersen did extremely well to fly in the air and grab the ball one-handed to leave the Indian batsman shellshocked, which was a similar reaction for Rahane, who was dismissed on an unplayable delivery by South Africa pace spearhead Kagiso Rabada.

India were not only left to lick their wounds but also to rebuild, with their lead only around 70 runs in the second innings. Kohli was joined in the middle by the flashy and unpredictable Rishabh Pant, who was coming off criticism from all corners, for not putting a great price on his wicket of late.

But a 94-run association for the fifth wicket between Kohli and pant revived India and took them past the 150-run mark. While Kohli continued to be watchful, disciplined and respectful towards the South African fast bowlers, Pant made everything look entirely different when he was on strike. Striking 6 boundaries and 4 sixes, the left-handed explosive batsmen became the first Indian to have scored a century in England, Australia with South Africa being the latest addition to his list.

Kohli was dismissed for 29 from 146 balls, and it meant that Pant's spectacular century was the only bright spot for India in yet another batting display of poor quality and application. India were bowled out for 198 with Pant unbeaten on exactly 100. Jansen was the pick among the bowlers for South Africa with figures of 19.3-6-36-4. Kagiso Rabada took 3/53 from 17 overs whereas Lungi Ngidi did well to take 3/21 from his 14 hours.

In the reply, South Africa did not lose an early wicket but their openers could only last long for 7 overs in the chase. Mohammed Shami once again removed Aiden Markram from the equation but Elgar (30 from 96 balls) and Petersen, who was unbeaten on 48, did well to take South Africa to a position of command at stumps, even though their partnership was broken.