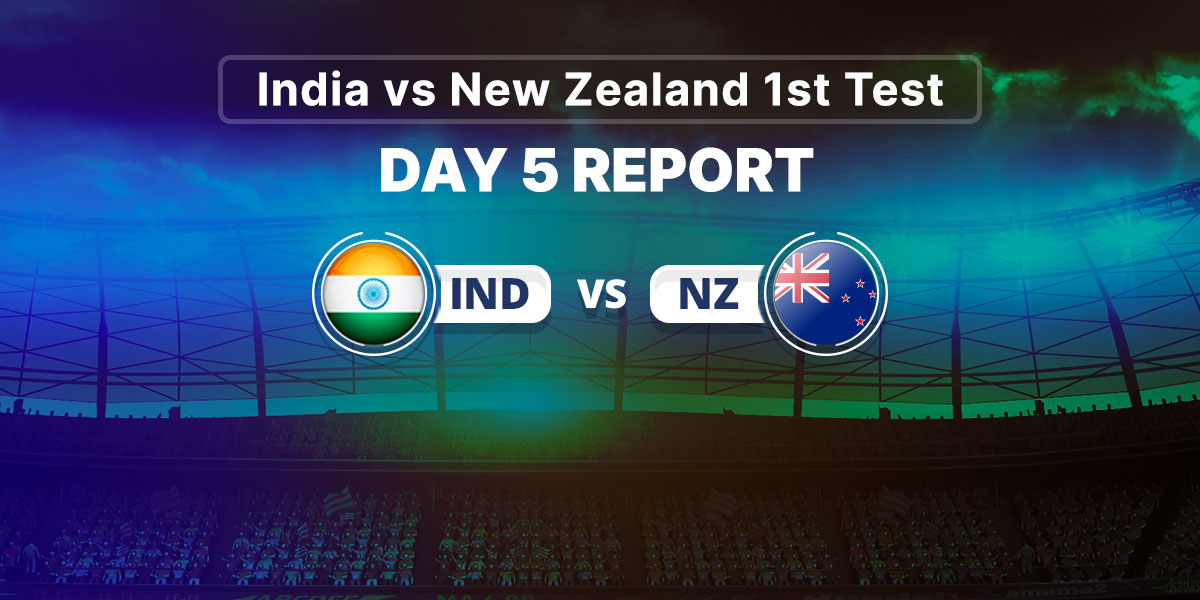 Rachin Ravindra on Monday vindicated the decision for him to be named after two of the greatest batsmen India have produced. For those uninitiated, the word Rachin is inspired by ‘Ra’ of Rahul Dravid and ‘Chin’ of Sachin Tendulkar.

On Monday, Rachin Ravindra, just 12 days past his 22nd birthday, etched his name in the memories of cricket fans and in the annals of New Zealand cricket history with the strongest of marks, helping his side force an unlikely and incredibly tough outcome of a drawn Test match against a rampaging Indian team, and the Green Park Stadium in Kanpur.

India needed six wickets in the final session on the last day of the Kanpur Test to take an unassailable 1-0 lead in this short two-match series, which is a part of the World Test Championship cycle 2021-2023, and extremely challenging one since it is against the world's top-ranked team in the format — one that also happens to be India’s nemesis in all crunch matches.

Once again, it will be no exaggeration in saying that New Zealand lived up to the billing and spoiled India’s party, which had begun with a 3-0 hammering of the Kiwis in the T20I series that preceded the Tests.

If anything, New Zealand showed why they are ranked as the No 1 team in the world in Test cricket on the final day of the contest at Kanpur. New Zealand opener Tom Latham began the day in the company of nightwatchman Will Somerville and got through the first session unscathed, while adding 75 runs to the total. For what it is worth, New Zealand were chasing 284 runs to win.

But India were to make inroads and it began with Umesh Yadav bouncing out Somerville for a well-made 36 from 110 balls with five boundaries. Latham partnered with New Zealand captain Kane Williamson as the two batted for nearly 20 overs in the second session, forcing their opponent and those who were watching from the stadium and on television sets all around the world to think that this match would end in a disappointing draw.

But yet, there was plenty to play for. At tea, New Zealand were placed at 125/4 with plenty of resistance still left in their ranks and Indian spinners were not getting enough from the Kanpur pitch, which refused to break down in their favour.

India clawed their way back into the contest gradually and remarkably. On either side of the tea break, Ravindra Jadeja trapped the senior-most New Zealand batsman Ross Taylor for a 24-ball 2, Akshar Patel pinned Henry Nicholls in front of the wicket for 1, Tom Blundell played one on to his wickets in an awkward manner of Ravichandran Ashwin for a 38-ball 2 and Kyle Jamieson, the much-vaunted New Zealand all-rounder, fell for 5 from 30 balls.

In the 85th over, India finally relented using the old ball and opted for the new one. It resulted in the dismissals of Jamieson and Tim Southee in quick succession, and the pair of Rachin Ravindra and Ajaz Patel was left with the monumental task of keeping India at bay and forcing a result which at that point in time, look beyond New Zealand.

The old adage of ‘cricket is an uncertain game’ came back rushing into the minds of the spectators as well as players at some point in time between 3:00PM to 4:30PM IST on Monday as New Zealand tailenders Ravindra and Ajaz Patel batted incredibly well to keep their hopes alive of forcing a draw in the contest.

All the previous four days had witnessed the game ending a little bit early owing to the bad light and it looked extremely challenging to bat on for the stipulated match hours on Monday. While umpire Nitin Menon and his colleague Virendra Sharma kept on checking the quality of light on a consistent basis after 4:00PM at the end of every over, New Zealand pair of Ravindra and Ajaz kept producing strong resistance to keep India in the hunt of the final wicket.

The association of Ravindra and Ajaz lasted for 52 balls in which they gave India no sniff at all. With the pitch providing plenty of variable bounce and very less carry, it became imperative for the likes of Jadeja, Ashwin and Akshar Patel to keep targeting the wickets. But all their efforts were met with a straight, dead bat of the New Zealand tailenders, who got to the end unscathed and earn their team a result that will be remembered by both — them and their opponents across the world — for a long time to come.

When the umpires informed both the teams that no play was possible with 12 minutes still left to go for stumps, Ravindra had reached 18 not out from 91 balls and Ajaz was on 2, having faced 23 balls himself.

It was indeed a stunning finish given that there was not a single moment of time wasted by New Zealand, as has been witnessed several times in such situations in the history of the sport. At the same time, India also did not go overboard with aggression and in pressuring the opponent, while they accepted the outcome which went on the lines of ‘so near yet so far’.

India and New Zealand will now head to Mumbai where they will face off in the second and final Test match starting on December 3 at the Wankhede Stadium. While New Zealand will be high on confidence, India will face tough questions regarding selection of the team given that their stand-in captain Ajinkya Rahane and Cheteshwar Pujara are horribly out of form and debutant Shreyas Iyer has posed a lot of questions for the team management. Additionally, the return of V Kohlii will also make matters interesting for the home team.