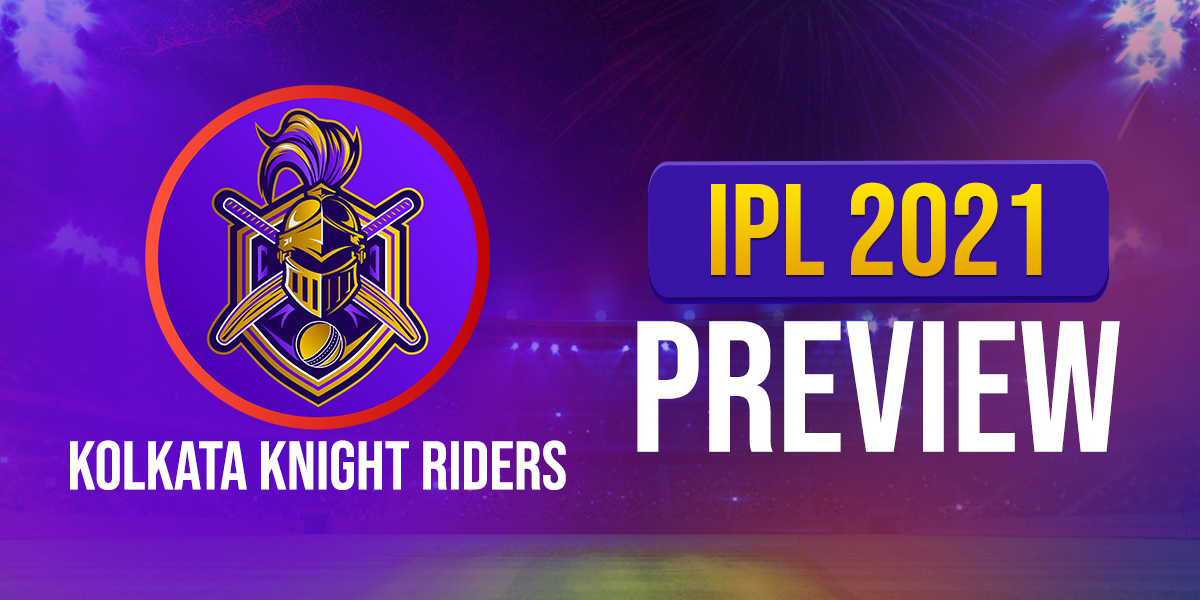 Kolkata haven’t been able to find success in the Indian T20 League since the 2014 season. The franchise finished in the top four in three successive editions but failed to reach the final. Meanwhile, they couldn’t qualify for the playoffs in the last two seasons. Kolkata’s Indian T20 League 2021 campaign has been in disarray after picking up just two wins in seven matches. The two-time champions have a mountain to climb to keep their slim top-four hopes alive.

Eoin Morgan and co began their campaign with a win. Put in to bat first, posted a challenging total of 187 against Hyderabad. Nitish Rana and Rahul Tripathi, who hit half-centuries, put together 93 runs for the second wicket. Former captain Dinesh Karthik, too, added valuable runs in the death overs. Hyderabad, who lost their openers within the first three overs, was cruising towards the target at one stage. But Pat Cummins removed Jonny Bairstow in the 13th over and swung the match in Kolkata’s favor. The team from the city of joy grabbed a 10-run win.

Kolkata couldn’t sustain the momentum as they suffered a defeat at the hands of Mumbai in the second match. Chasing 153, Shubman Gill and Rana stitched 72 runs for the opening wicket. However, the experienced middle-order crumbled, and they folded for 142. Glenn Maxwell and AB de Villiers combined to inflict a second straight defeat on Kolkata, who fell well short of the mammoth target set by the Bangalore batters.

The Kolkata outfit’s bowlers were again on the receiving end, conceding 220 in 20 overs against Chennai in their fourth game. The run-chase turned into a nightmare as they lost five wickets with just 31 on the board. Karthik and Andre Russell added 81 off just 37 balls for the sixth wicket. Though the duo departed, Cummins refused to give up. He brought up his half-century in 23 balls. However, the Aussie pacer started losing partners and eventually the match by just 18 runs.

Rajasthan outplayed Kolkata and plunged them to a fourth successive defeat. The batting department failed to spark, and they could only post 133. Sanju Samson’s patient knock of 42* steered Rajasthan to a comfortable win at Wankhede Stadium. In a massive relief for their fans, Kolkata ended their losing streak with a five-wicket over Punjab in the sixth match. Prasidh Krishna grabbed three wickets and restricted the Mohali-based side to 123. Morgan saw his side home with an unbeaten 47.

Delhi sent Kolkata back to square one after a seven-wicket thrashing in Ahmedabad. Russell’s blitz at the end overs steered his side to 154 in their stipulated 20 overs. A 41-ball 82 from Prithvi Shaw and Shikhar Dhawan’s 47 helped Delhi chase down the target with 21 balls to spare.

Kolkata made one change to their 25-member squad as Australian pacer Pat Cummins’ withdrawal forced them to sign Tim Southee, who has plenty of Indian T20 League experience under his belt. The New Zealand fast bowler has clinched 12 wickets in the Test matches against England and India in the summer and has 12 scalps in eight games in T20Is in 2021.

Among the batters, Gill will be in focus after his impressive performances in UAE last season. The 22-year-old was Kolkata’s top run-scorer with 440 runs. Nitish Rana, who made his international debut in the ODI series against Sri Lanka, leads the franchise’s runs chart in Indian T20 League 2021. The duo will be keen to improve their strike rate in the tournament.

Mystery spinner Varun Chakravarthy has picked up 17 wickets in UAE last year and is likely to play a crucial role in the Kolkata bowling department in the second leg. In the absence of Cummins, Brendon McCullum, the Kolkata head coach, will be relying on the experience of Southee. He will have fellow Kiwi pacer Lockie Ferguson, Prasidh, and 22-year-old Shivam Mavi alongside him.

Kolkata has to win five of their seven fixtures to have an outside chance of making it to the playoffs. However, they face Bangalore on Monday. The Kolkata outfit will face Mumbai, Chennai, and Delhi in their next three matches, respectively. They face a daunting task, but if the vastly experienced middle-order can do what they do best and the bowlers find their rhythm, the fans will have plenty to cheer about in the second leg.

Mumbai search form and title upon return to the UAE