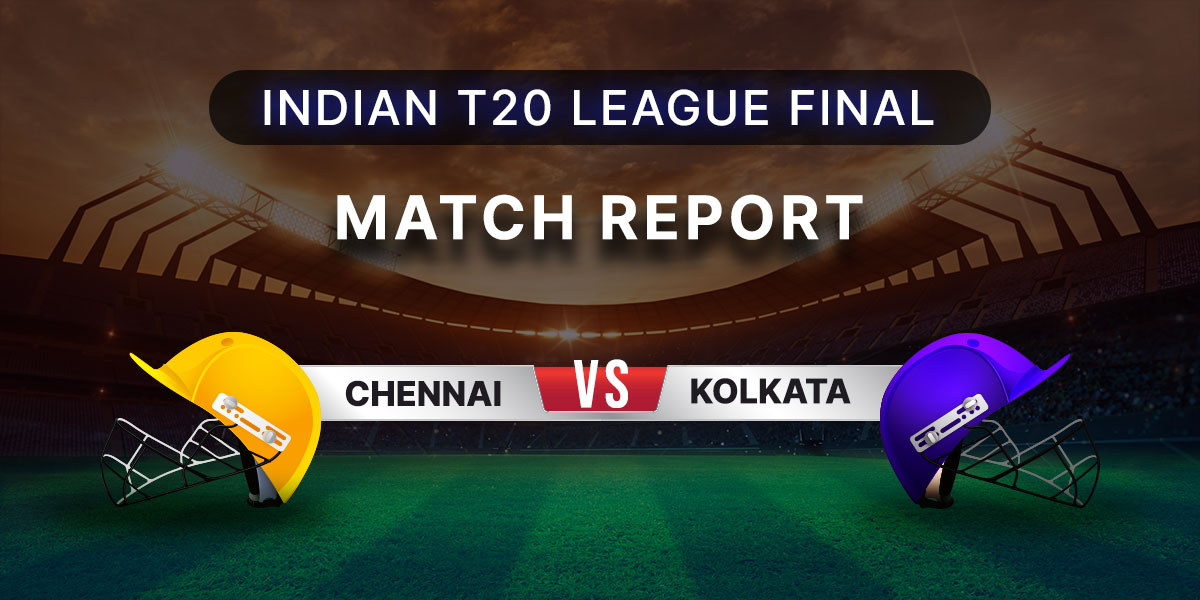 Chennai batters, led by Du Plessis, excelled after Eoin Morgan opted to bowl first at Dubai International Stadium on Friday. Gaikwad and Du Plessis put on 61 runs for the opening wicket before the former holed out to long-off. Robin Uthappa, who became Sunil Narine’s second victim, played a brisk 31 off 15 balls. A 68-run stand between Du Plessis and all-rounder Moeen Ali helped the men in yellow register a total of 192/3 in their 20 overs.

The Kolkata bowlers, except for Narine and Shivam Mavi, had a forgettable outing. Lockie Ferguson gave away 56 runs in his four overs and went wicketless for the first time this season. Meanwhile, Shakib Al Hasan and Varun Chakravarthy combined conceded 71 runs from their seven overs.

Much like their run chase in Qualifier 2, the Kolkata opening batters – Shubman Gill and Iyer – made a strong start. The duo added 91 runs, with Venkatesh Iyer registering his second consecutive half-century. However, Shardul’s twin strikes in the 11th over changed the course of the match. Narine, promoted to No 4, went back to the pavilion for just 2. Kolkata fans saw their team lose five wickets in the space of just 17 runs. Mavi and Ferguson avoided an embarrassing defeat after stitching together 39 runs for the ninth wicket.

Du Plessis is getting better with age. The veteran came up with one of the finest batting performances in the history of the Indian T20 League finals. After letting Gaikwad and Uthappa go after the bowling, Du Plessis upped the ante in the middle overs. He brought up his sixth fifty of the season with a six. He also piled misery on Karthik and Ferguson. Batting on two, he got a reprieve when the former Kolkata captain missed a stumping off the bowling of Shakib in the third over. The Proteas batsman struck 40 runs, in 16 balls, off Ferguson alone.

Shardul lived up to his nickname ‘Lord Shardul’ courtesy of another sensational performance with the ball. The 30-year-old, who gave away 11 runs off his opening six balls, struck twice in his second over, triggering a batting collapse. He broke the 91-run opening stand with the wicket of Iyer and sent Nitish Rana back to the pavilion for a first-ball duck. Rahul Tripathi holed out to Moeen at long-on to help the pacer complete his second third-wicket haul in the season.

With two wickets in two balls, Jadeja, making his 200th Indian T20 League appearance, ended Kolkata’s hopes of a third title. He removed Karthik in the penultimate ball of his final over. The wicketkeeper-batsman gave a comfortable catch to Ambati Rayudu at deep backward square leg. In a massive setback for Kolkata fans, Jadeja trapped the new man Shakib in front of the stumps to leave Kolkata 120/6 after 15 overs. The two scalps helped Jadeja take his tally to 127 wickets in the league.

Kolkata, who dragged their Eliminator and the Qualifier 2 matches to the wire, lost wickets in quick succession in a third successive game. Both Iyer and Gill struck half-centuries, but the experienced middle-order floundered yet again. Narine, Rana, Morgan, Karthik, Shakib, and Tripathi combined scored just 17 runs. If not for brisk knocks from Ferguson and Mavi, Kolkata would have bowled out for less than 150.