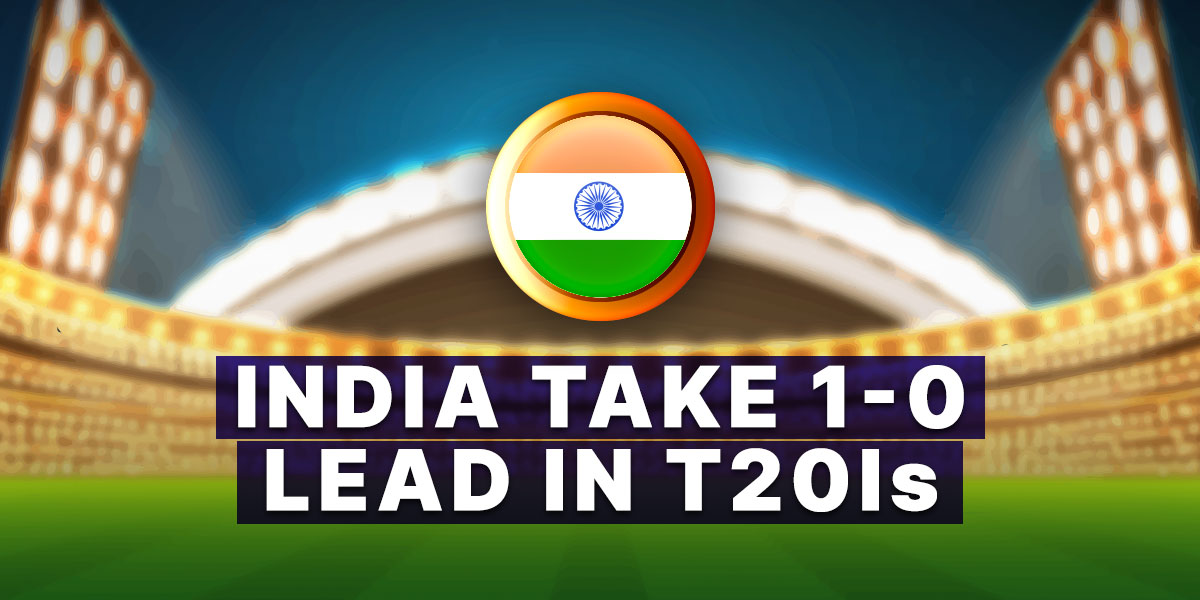 With the disappointment of the T20 World Cup behind them and 11 months out from the next edition, India made a winning start to the new cycle with a win in the first of the three-match T20I series against New Zealand on Wednesday night in Jaipur. A 5-wicket victory that gave them 1-0 lead after a nervous finish ensured India’s new coaching and leadership staff began their respective stints on a winning note.

R Sharma won the toss and his first match as the full-time captain for India in the shortest format and almost everything went well for his team, barring a few nervous moments in the ending stages which saw New Zealand making a comeback and threatening to snatch away a victory in the final overs.

But debutant Venkatesh Iyer swung his bat to get a boundary that brought down the equation from 10 runs required from 6 balls to 5 needed from as many, and Rishabh Pant hit a four of Daryl Mitchell when India needed 3 more to finish the game. Mitchell also bowled a couple of wide balls which made India’s job easier.

The heroes of India's victory were the middle-order batsman Suryakumar Yadav (62), Bhuvneshwar Kumar (2/24), Ravichandran Ashwin (2/23) and of course, R Sharma, who was unfortunate to have missed out on a half-century by just a couple of runs.

India made 166/5 in 19.4 overs in reply to New Zealand's total of 164/6 which was built upon splendid half-centuries from Martin Guptill (70) and Mark Chapman (63). No other New Zealand batsmen could make an impact as Indian bowlers showed great control and discipline after Guptill and Chapman put on 109 runs for the second wicket to help the Kiwis revive from a shaky start.

Bhuvneshwar cleaned up Mitchell for a first ball duck to provide India with a positive start after R Sharma won the toss and invited New Zealand to bat. However, fresh from his exploits in the World Cup, Guptill turned up the heat on the Indian bowlers whereas Chapman showcased his arsenal of strokes and plethora of talent with the bat to make a vital contribution to his team’s cause.

India did well to apply brakes on the New Zealand innings by taking a couple of wickets in the middle overs and preventing the Kiwis from freeing up their arms in the death overs to race away to a big total.

New Zealand made 164/6 which was a competitive score given that this was the first-ever T20 International match at the Sawai Mansingh Stadium in Jaipur and both the teams were wandering in the unknown.

But India openers, the leadership duo of R Sharma and KL Rahul, quashed all hopes of New Zealand to dominate with the ball. Rahul and Rohit raced away to another brisk start, adding 50 runs from the first 5 overs to set the tone in favour of the Indian team. This was when India were dealt with the first blow when Rahul fell to New Zealand left-arm spinner Mitchell Santner, which brought Suryakumar to the crease.

R Sharma and Suryakumar took India ahead by adding 59 runs from 49 balls for the second wicket which consolidated India's position in the chase. R Sharma showcased his rich form with the bat in his first match as full-time captain, smacking five boundaries and two sixes to make 48 from 36 balls. On the other hand, Suryakumar was severe on the Kiwi bowlers, hitting them for six boundaries and three sixes to make 62 from 40 balls.

At one stage, it looked like India would wrap up the game with ease and plenty of balls to spare but there was a little twist in the tale. Suryakumar was dismissed in the 17th over and Shreyas Iyer followed him in the hut soon after, which left the debutant Venkatesh and Rishabh Pant to finish the game for their side. Iyer did well to connect powerfully on the first ball that he faced in international cricket and send it for a boundary, while Pant finished the game with 2 balls and 5 wickets to spare.

Overall, India would be pleased with their performance both with the bat and the ball given that this was their only seventh victory in 18 matches against New Zealand in the shortest format. Having blanked New Zealand 5-0 early last year, India suffered a humiliating 8-wicket defeat in the crucial World Cup match which eventually knocked them out from the competition.

Bhuvaneshwar was extremely impressive in his spell of 4-0-24-2 whereas Ashwin returned with 4-0-23-2 of the two senior India bowlers mde merry. For New Zealand, Trent Boult was the most successful with figures of 4-0-31-2 whereas Santner claimed 1/19 from his four overs.

The teams will now get a day's gap to travel to Ranchi where they will face off in the second match of the series on Friday evening at the Jharkhand State Cricket Association Complex. The third and final match of the series will be played on Sunday at the iconic Eden Gardens in Kolkata.