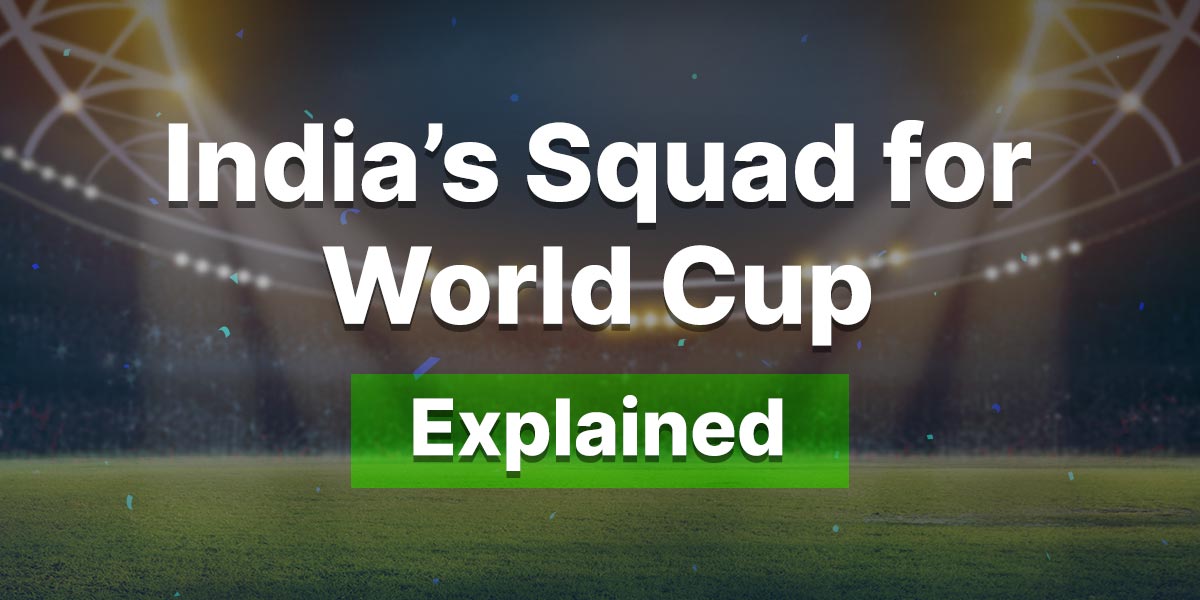 India squad for World Cup 2021: All you need to know

The suspense around the Indian squad for the upcoming World Cup 2021, to be played in the United Arab Emirates from October 14 to November 17, was over on Wednesday night as the selectors announced the list of players who will be making the trip to the World Cup, first such tournament to be played since the one India hosted in mid-2016.

The Indian selectors sprang quite a few surprises in their announcement of the Indian squad for the World Cup. While Ravichandran Ashwin made a comeback to the Indian side in the shortest format, the biggest news was perhaps the inclusion of former captain and World Cup winner Mahendra Singh Dhoni in the team.

Dhoni has joined the Indian team in the capacity of a team mentor for the upcoming World Cup, joining forces with many of his former teammates and coach Ravi Shastri, whose contract is set to end after the event in the UAE.

There were also some big names missing from the team. The selectors did not include opening batsman Shikhar Dhawan, India’s highest wicket-taker in the format, Yuzvendra Chahal as well as Deepak Chahar in their squad.

Deepak Chahar has been named among the three reserve players that India have announced for the tournament with Shreyas Iyer and Shardul Thakur being the other two.

Starting with the batting department, let us take a look at the Indian squad for the upcoming World Cup:

Not long ago, captain Virat Kohli decided to promote himself as an opener for his Indian T20 League side Bangalore and earned a fair amount of success in his new role. With the debate lingering around India’s opening pair, there remained three key contestants in Rohit, KL Rahul and Dhawan for the first two batting slots for a very long period.

With Dhawan not selected, India seems to have found a solution to the problem as they can continue to have Kohli batting at No 3 and Rohit and Rahul teaming up for the first wicket.

It can be said that India is top-heavy once again with each of their top three batsmen having earned their spots. Rohit has been India’s leading run-scorer with 1,572 runs in 51 matches with 3 centuries and 12 half-centuries since the end of the last World Cup.

India certainly do not have a lot of experience in the middle-order but what they do have is the promise and firepower of Mumbai batsman Suryakumar Yadav, who has taken to international cricket with utmost comfort and command. Suryakumar remains one of the most exciting batting talents to watch out for, and given that he has finally landed a huge opportunity for himself, the right-handed batsman would be eager to make it count at the biggest stage.

India has picked two wicketkeeper-batsmen in Rishabh Pant and Ishan Kishan, with Rahul serving as a backup wicketkeeping option if there is an urgent requirement.

While carrying three quality all-rounders into the World Cup in the form of Hardik Pandya, Ravindra Jadeja and Ravichandran Ashwin, India also have decked up their spin bowling attack with as many as five different options.

The injury to Washington Sundar which ruled him out of the Indian T20 League's second leg and subsequently the World Cup has certainly worked in favour of Ashwin, who is back into the T20I side after a long gap. Apart from Ashwin, India also have other spin bowling options in Rahul Chahar, Akshar Patel, Varun Chakravarthy and Jadeja.

Talking about the bowling line-up, the selection panel spearheaded by former India fast bowler Chetan Sharma has certainly taken some harsh calls. The exclusion of Chahal was certainly a surprise since for a long time the leg-spinner shouldered the responsibility of being the spearhead of the Indian bowling attack, heralding himself as the highest wicket-taker for the country in the format 63 wickets in 49 matches.

But his economy rate which is in excess of 8 runs per over certainly came against his record, and the selectors also gave a peculiar reason for favouring Rahul Chahar against Chahal. Chetan Sharma said, “We had a discussion over Yuzvendra Chahal and the selectors thought was we need a bowler who can bowl fast, and as we have recently seen Rahul Chahar bowling. The speed that he bowls with, the selectors thought that we need such a player who can on those wickets, can hold (batsmen) and more speed, and so, there was a lot of discussion about Chahal, but we zeroed on Rahul Chahar,” he said.

India have only three fast bowlers in their contingent for World Cup which is the same that they carried in the 2019 World Cup in England. Bhuvneshwar Kumar and Jasprit Bumrah — the two premier fast bowlers with the white-ball — will be joined by Mohammed Shami.

Pandya will play the role of the fourth fast bowler. He has not bowled a lot after his back injury but Pandya looked alright in the limited amount of bowling he did during India’s tour of Sri Lanka last month.

India also do not have any left-arm fast bowler as Thangarasu Natarajan has been nursing an injury and was not fit enough to be named in the squad.