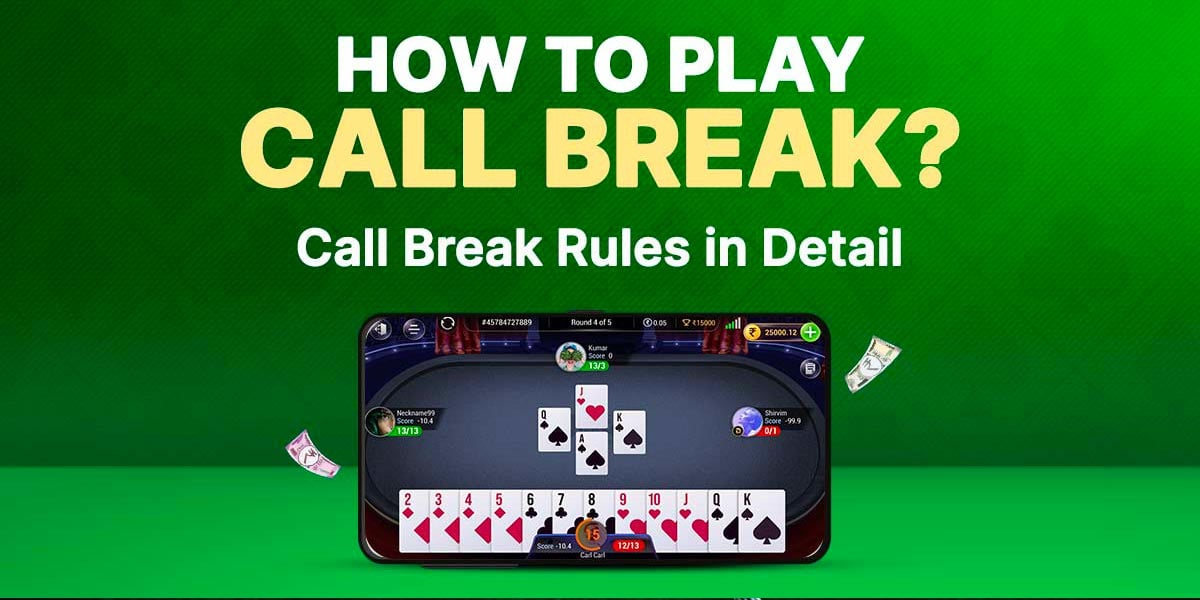 How to Play Call Break? – Call Break Rules in Detail


Call break multiplayer is a card game that provides unmatched entertainment to all card game enthusiasts. It is played with one deck (52 cards with no joker) between 4 players. The call break card game is hugely popular in South Asian countries, mostly in Nepal and India. The sitting direction and the first dealer are selected before the start of the first round. Although the origin of this game is unknown, it is derived from a popular card game called spades.

To understand how to play the call break game, you must first know call break rules, it is very easy to learn. Once the sitting arrangement and the first dealer are decided, each of the 4 players is dealt with 13 cards. After the cards are dealt, every player must select a call bid (number of tricks that he is going to score). To win any points, a player must win at least score the number of tricks he has committed to at the start of the round, otherwise, he will be penalized. At the end of pre-decided rounds, the player with the maximum points wins. The game flows in an anti-clockwise direction. Among all the call break game rules, the most important one to remember is that the Spade is always the trump card.

The player who is to the right of the dealer gets the opportunity to throw first; after that, the player who wins the trick leads the throw. Each player must throw a high-rank card of the same suit as that of the first thrower. For example, if a player throws 10 ♥️ as a lead suit, other players must throw J ♥️ or Q ♥️ or K ♥️ or A ♥️. In case any player does not have a card like that of the lead suit, he can opt for a high-value trump card to score a trick. The power of cards from high to low is A-K-Q-J-10-9-8-7-6-5-4-3-2.

How to Win a Call Break Game?

To understand the Call Break point system in detail, let us have a look at the following example.

There are few other things that you need to keep in mind to consistently win the call break card game. Once the cards are dealt, you should quickly analyze how many bids are possible and bid accordingly. Spades are the most valuable cards; use them wisely.

Now that you are familiar with the rules of call break and how to win a call break game, you should try playing the game on India’s most trusted gaming app, First Games powered by Paytm.