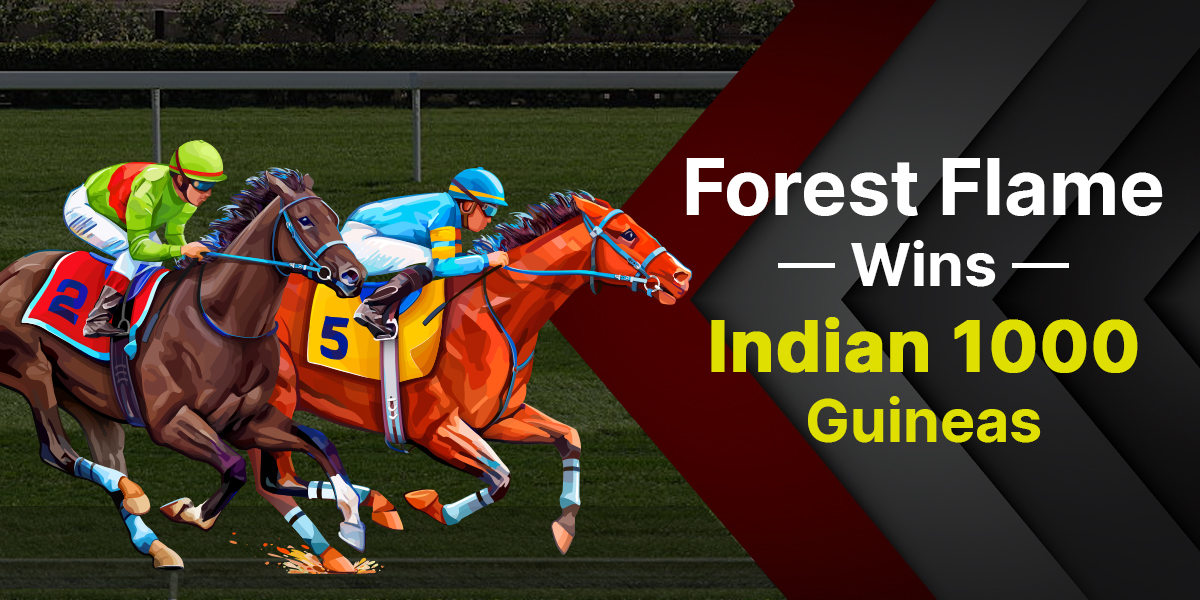 1000 Guineas and 2000 Guineas are part of the five Indian Classics event of horse racing, along with Indian Derby, Indian Oaks, and Indian St. Leger. These races are held on an annual basis and represent the pinnacle of achievement to the winners each year. Additionally, as betting on horse racing is legal in India, there is also quite an economy around horse racing.

The first Indian Classics event was held in 1943 in Mumbai (erstwhile Bombay), with the first race being 1000 Guineas. Later on, at that same event, 2000 Guineas and Indian Derby were also run. Interestingly, the names – 1000 Guineas and 2000 Guineas are derived from the original prize money staked in the very first race held in Britain way back in 1809.

Both the racing formats (1000 Guineas and 2000 Guineas) are run over a distance of a mile, on a flat course, and set the age limit for horses to 3 years.

The first-ever winner of Indian 1000 Guineas way back in 1943 was a filly called Princess Beautiful and her jockey E Britt. Trained by MC Patel, Princess went on to also snag first place in 2000 Guineas later that season.

Over the years, several attempts have been made at claiming the elusive triple crown, in which a horse wins 1-mile 2000 Guineas, 1.5-mile Derby, and 3-mile St. Leger races in the same season. This combination is hard to pull off as it requires not just sprint capabilities but also reliable stamina for longer races.

Jockey S Chavan won 1000 Guineas in 1952 with the filly Kanya Kumari, after which he went on to win 6 more races with his final win occurring in 1972.

Before the Indian 1000 Guineas race, Forest Flame seemed favored to have an easy win considering her four unbeaten starts in races leading up to the big one. The seemingly closest competitor was Alluring Silver and jockey Suraj Narredu with two unbeaten starts. However, on the race day, the filly Miss Muppet ridden by A Sandesh made Forest Flame work hard to claim the lead. Until the final 50 meters, Miss Muppet kept the lead with Forest Flame fighting to surge ahead.

P Trevor, the jockey who rode Forest Flame to victory, later stated that he had an inkling Miss Muppet would not be able to carry her momentum all the way to the end. He also mentioned that he trusted his horse’s ability to come out on top. And, with just 50 meters to the end, Forest Flame took the lead claiming the title of 1000 Guineas winner in the 2021 season.

Forest Flames’ trainer S Attaollahi also claimed victory at 2000 Guineas later with horse Lagarde and jockey Suraj Narredu. Indeed, this is an excellent double classic win for the season. Prior to Indian 1000 Guineas, Forest Flame was also the winner at Bangalore 1000 Guineas in November 2020.

Of note, this edition of Indian 1000 Guineas was the first time any Indian Classic race was held without any spectators present in person. Besides, no official betting took place at the event.