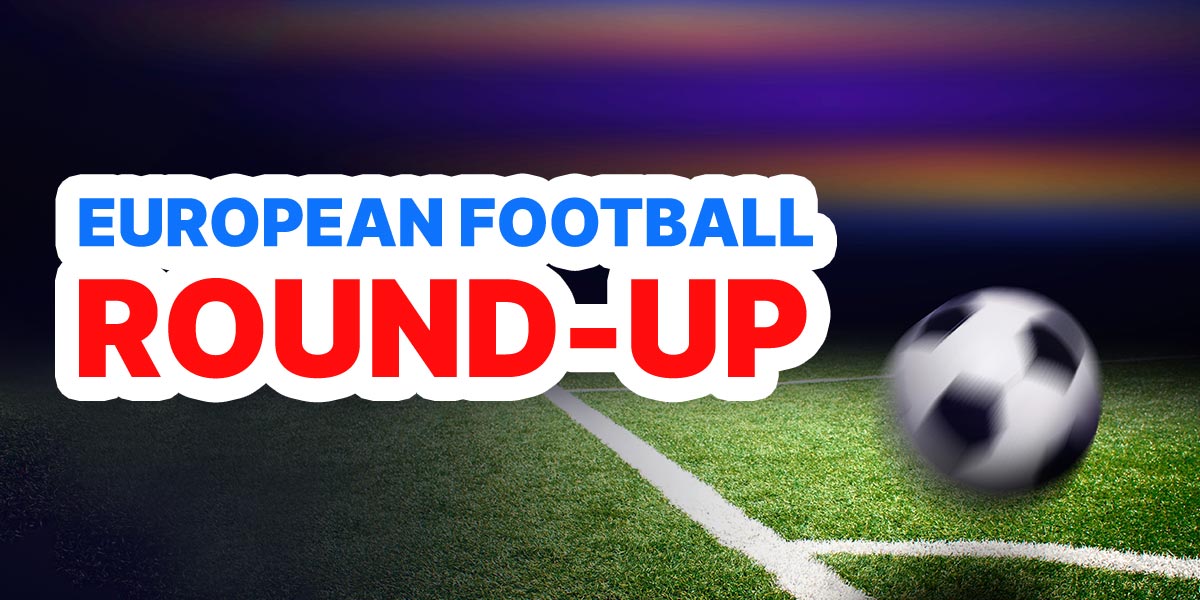 It was yet another eventful gameweek in European football. Manchester City and Liverpool cut the gap on Chelsea in English Premier League, the three giants in Spanish La Liga picked up maximum points, while, in Italy, AC Milan and Juventus endured a disappointing weekend.

We recap results from the weekend’s action in major European football leagues.

Chelsea and Manchester United played out an entertaining 1-1 draw at Stamford Bridge on Sunday. Jadon Sancho capitalized on a Jorginho mistake and put United ahead in the 50th minute. But the Italian made amends by converting a penalty, which the referee awarded after Aaron Wan-Bissaka tripped Thiago Silva inside the box. Chelsea, who remain top of the table, had 24 attempts on goal.

Manchester City moved to within a point of Chelsea after a 2-1 win over West Ham United, who suffered a second straight defeat in the English Premier League. An Ilkay Gundogan goal gave City the advantage at half-time. Fernandinho sealed all three points in the 90th minute. Meanwhile, Manuel Lanzini added a consolation goal for West Ham.

Diogo Jota steered Liverpool to a second successive four-goal win in English Premier League. The Merseyside club thrashed Southampton 4-0 at home. Jota drew the first blood in just the second minute and grabbed another goal immediately after the half-hour mark. Thiago Alcantara piled more misery on Southampton by making it 3-0 in the 37th minute. Seven minutes into the second half, centre-back Virgil van Dijk slammed home the ball from 12 yards to seal another emphatic win for Liverpool.

Liverpool’s front three are the top three scorers in the Premier League this season 😤 pic.twitter.com/yyMBOJF6ko

Vinicius Jr struck in the dying minutes as Real Madrid came back from behind to beat Sevilla FC 2-1. The Spanish La Liga giants trailed to a Rafa Mir goal early in the first half. Karim Benzema leveled the scores in the 32nd minute. With three minutes left on the clock, Vinicius produced a stunning right-footed strike from outside the box. The Benzema-Vinicius duo scored 20 goals in Spanish La Liga this season.

A clinical second-half display saw Atletico Madrid cruise past Cadiz CF 1-4. After a goalless first half, Thomas Lemar broke the deadlock in the 56th minute. Antoine Griezmann and Angel Correa scored in the space of six minutes, while Matheus Cunha made it 4-0 in the 86th minute. The win has helped Atletico climb to second, four points behind leaders Real Madrid.

FC Barcelona left it late to pick up all three points against Villarreal CF. Frenkie de Jong put Barcelona ahead three minutes into the second half. But, in the 76th minute, Samuel Chukwueze restored parity for the home side. With the game heading towards a draw, Memphis Depay capitalized on a poor clearance and scored the all-important goal. Philippe Coutinho netted a third goal for the Catalan side in added time.

Napoli eased past Maurizio Sarri's Lazio at Stadio San Paolo. The Italian Serie A leaders led 3-0 by the half-hour mark. Piotr Zielinski scored the opener in the seventh minute, while Dries Mertens bagged a brace. With five minutes left in the match, Fabian Ruiz wrapped up the game with the fourth goal.

Hakan Calhanoglu and Lautaro Martinez were on the scoresheet as Inter Milan beat Venezia FC 0-2. The Italian Serie A champions led at the break courtesy of Calhanoglu's goal in the 34th minute. Martinez added a second goal in the sixth minute of the second half added time. It was his seventh goal of the 2021-22 campaign.

Since his first season in Serie A (2017/18), @hakanc10 has scored and provided an assist in the same game ten times. No midfielder has found the net and set up a goal in the same match on more occasions than him#ForzaInter #InterNapoli pic.twitter.com/OWg4WDVloa

US Sassuolo inflicted AC Milan a second successive straight defeat in Italian Serie A. The Rossoneri went ahead early in the match, courtesy of Alessio Romagnoli. However, Sassuolo hit back twice before the half-time whistle. Domenico Berardi scored Sassuolo's third goal in the 66th minute. To make matters worse, Milan goalscorer Romagnoli made a last-man foul on Gregoire Defrel. The centre-back received a straight red card, which effectively ended Milan's hopes of a comeback.

Juventus suffered a fresh setback in Italian Serie A after a solitary goal defeat against Atalanta BC. In the 28th minute, Berat Djimsiti pounced on a loose pass from Alvaro Morata and released Duvan Zapata, who hammered the ball past Juventus goalkeeper Wojciech Szczesny. Juventus had their chances after the break. The Atalanta goalkeeper denied Adrien Rabiot with a fingertip save, while Paulo Dybala's attempt from a free-kick hit the crossbar in the fifth minute of injury time.

Bayern Munich registered a narrow 1-0 win over Arminia Bielefeld at Allianz Arena. Despite a dominant display, Bayern was unable to open the scoring in the opening 45 minutes. It took a brilliant left-footed strike from Leroy Sane to break the deadlock in the 71st minute. The goal helped Bayern break FC Cologne's 44-year record for the most German Bundesliga goals in a single calendar year. Julian Nagelsmann's men have scored 102 goals in the German top-flight in 2021 so far.

PSG earned a hard-fought win against a ten-man AS Saint-Etienne but saw their star forward Neymar sustaining a horrific ankle injury. The 29-year-old was stretched off the pitch in the 88th minute after twisting his ankle. The Parisian club defeated Saint-Etienne 1-3 thanks to a brace from Marquinhos and an Angel Di Maria goal in the 79th minute. Saint-Etienne defender Timothee Kolodziejczak received a red card for a foul on Kylian Mbappe in the first half.

Lionel Messi is the first player to provide a hat-trick of assists in a single Ligue 1 game this season.

He assisted every PSG goal. ✨ pic.twitter.com/MBOViAcYND