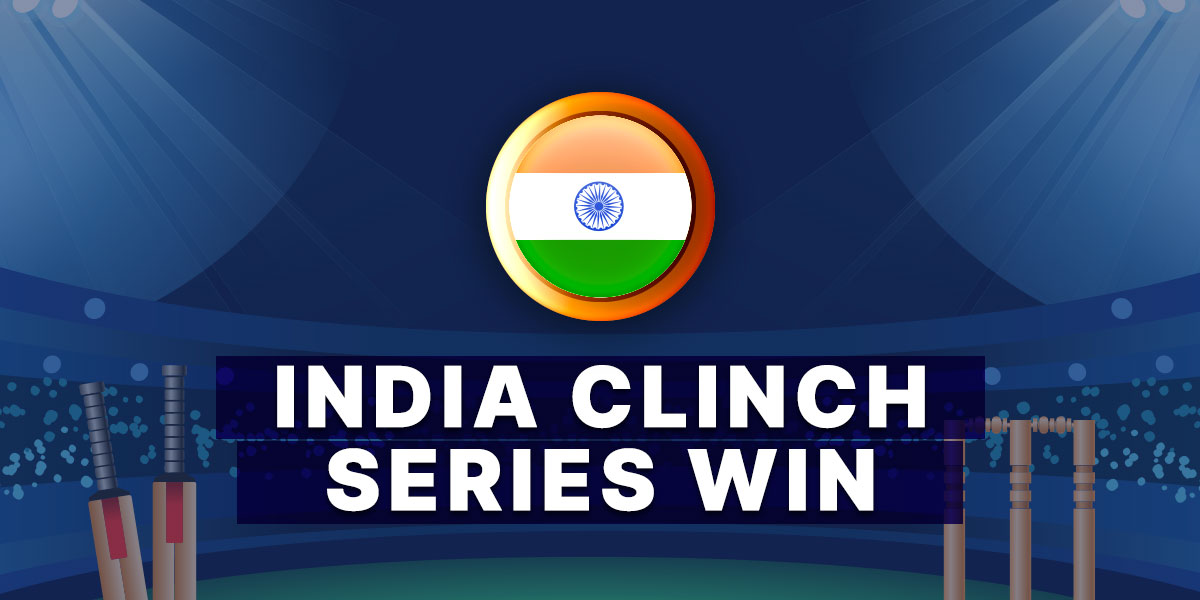 India mastered the challenges thrown at them by the conditions at the Jharkhand State Cricket Association Stadium Complex in Ranchi, and their opponent New Zealand on Friday night, to record yet another commanding victory, by 7 wickets, which also helped them take an unassailable 2-0 lead in the ongoing three-match series.

New Zealand looked well on course to make a total in excess of 180 batting first after Rohit Sharma won the toss and invited the Kiwis to have a go. The opening pair of Martin Guptill and Daryl Mitchell added 48 runs in the first 25 balls to set the ball rolling for their side, but India did extremely well post the conclusion of the powerplay.

New Zealand scored at a rate of more than 10 an over in the powerplay post which they were placed at 64/1, with Mitchell and the half-centurion from the first match, Mark Chapman, at the crease. But India did not allow New Zealand to cause any further damage, as the hosts pulled things back in control through impressive bowling spells by debutant Harshal Patel and the veteran Ravichandran Ashwin.

Patel has been able to make his way into the Indian national team on the back of impressive performances in the Indian T20 cricket League 2021 in which he shattered records of claiming most wickets for an uncapped player. The right-arm fast bowler once again displayed his potential and skills at the biggest stage, returning with figures of 4-0-25-2 to produce yet another spell of bowling mixed with plenty of variations that puzzled the New Zealand batsmen.

While New Zealand could not find a way to score off Patel, Ashwin was beyond their reach for most part of his spell. The senior India spinner, who has been in tremendous form ever since he was drafted into limited-overs cricket, returned with 4-0-19-1 in a spell which bamboozled the opponents.

New Zealand could add only 89 runs from the last 84 balls of their innings with Glenn Phillips top-scoring with 34 while the others in Guptill (31), Mitchell (31), and Chapman (21) failing to convert their starts.

The total of 153/6 was never going to be enough for New Zealand to bowl in conditions which were extremely challenging owing to the heavy dew on the field. With the ground drenched in dew, it was difficult already for the Kiwi bowlers but not so for their stand-in captain Tim Southee, who produced a spectacular spell of 4-0-16-3, accounting for all the three wickets that India lost in the form of Rohit, KL Rahul and Suryakumar Yadav.

India had no trouble getting their runs right from the word go. Rahul smashed his way to his second consecutive half-century of the series and ended up as the top scorer from either team with 65 from 49 balls, striking four boundaries and two sixes.

India captain Rohit might have missed out on a deserving half-century by a couple of runs in the first match at Jaipur,  he ensured not only go past fifty, but also punish the Kiwi bowlers on the way. Rohit clobbered five sixes and one four to make 55 from 36 balls, while adding 117 runs for the opening wicket with Rahul to shut the opponent out of the contest.

Rahul was magnificent with the bat right from the beginning, taking charge of getting quick runs for his side while Rohit happily took the backseat. Rahul did not take any unwarranted risks; tried to keep the ball on the floor as much as possible while hitting a flat six in the cover region to go past his half-century mark.

Rohit and Rahul were both dismissed in consecutive overs from Southee, who also had Suryakumar (1) chop one on to his wickets to leave India at 137/3 at the end of 16 overs.

With 16 runs left to be scored from the final 24 balls, the pair of Venkatesh Iyer and Rishabh Pant did not show any discomfort as they did in the last match. Iyer reached 12 not out from 11 balls with two boundaries whereas Pant smashed two sixes, one of which was a single-handed hit down the ground to finish the game in favour of his side.

With the series in their bag, India can be expected to make a few more changes in their final XI for the third and final but inconsequential contest to be played at the Eden Gardens in Kolkata on Sunday night.